A podcast from the office of Kim Pate. Hosted by Kim Pate, an Independent Canadian Senator from Ontario and Fregine Sheehy, a law student. We bring issues affecting folks on the margins, to the centre. 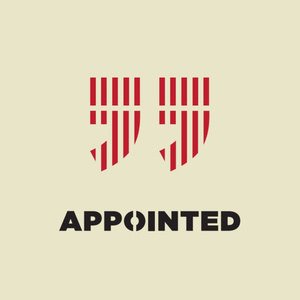 On this episode of Appointed, we continue our guaranteed livable income discussion with Senator Murray Sinclair and Dr. Niigaanwewidam James Sinclair. Senator Sinclair, Dr. Sinclair, and Kim discuss the social, health and economic impacts of poverty and racism on our society; the ongoing economic marginalization of Indigenous Peoples; how division of powers and party politics concerns may outweigh obligations of governments to assist the people they represent; and the role a guaranteed livable income could play vis-à-vis sovereignty for First Nations.

Senator Murray Sinclair is a veritable veteran of the Manitoba legal system, where he served as a member of the bar and bench for over 25 years. He was the first Indigenous Judge in Manitoba, and Canada’s second. He was Co-Chair of the Aboriginal Justice Inquiry in Manitoba and Chief Commissioner of the Truth and Reconciliation Commission (TRC). Appointed to the Senate in 2016, Senator Sinclair helped form the Independent Senators group and has sat on the Senate Standing Committees on Aboriginal/Indigenous Peoples, Fisheries and Oceans, Legal and Constitutional issues, Rules, and Ethics and Conflicts of Interest.

Dr. Niigaanwewidam James Sinclair is an Assistant Professor at the University of Manitoba in the department of Native Studies, as well as an activist and writer. In addition to writing a regular column for the Winnipeg Free Press, Dr. Sinclair is a frequently asked to comment on Indigenous issues on CBC, CTV, and APTV, and contribute to various newspapers and online journals. Additionally, as an active community member, Dr. Sinclair regularly patrols Winnipeg with the Mama Bear Clan, a group of volunteers predominantly led by Indigenous women, to establish and maintain community connections and ensure that community members are safe and supported.

Stay tuned for the next episode in the Guaranteed Livable Income series!

Resources mentioned during the show and further reading:

Learn more about Senator Sinclair and his work here

Report of the Aboriginal Justice Inquiry of Manitoba here